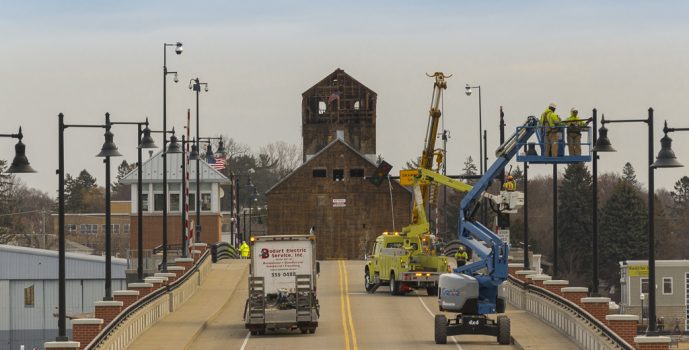 *Update– The Teweles and Brandeis Granary will be moving to its original location! Stay tuned for more information.

As the sun rises this morning, its rays are shining on a new arrival to the East Side of Sturgeon Bay’s waterfront. 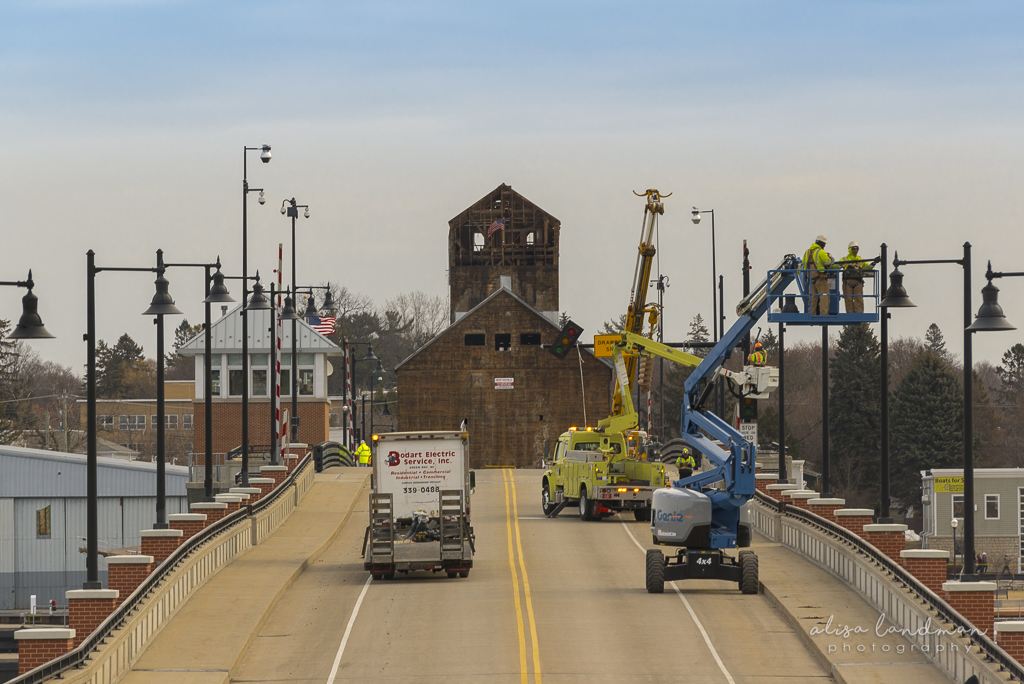 Teweles and Brandeis Granary heading down the Maple Oregon Bridge to its new home across the water.

Beginning on March 29, 2018, at 3 am in total darkness, a plethora of skilled workers from DeVooght House & Building Movers use remotes to guide the movement of a 117-year old, nearly 300,000 lb., historic structure across the full width of the Maple-Oregon Bridge to its new home on 1st Avenue. While the City of Sturgeon Bay legislators battled over voting to tear down the iconic structure, the stick-to-it-ive-ness of the Sturgeon Bay Historical Society won out. Boosted by over a million dollars in funding from a private donor, they negotiated to purchase and move the Teweles and Brandeis Granary to private property on the east side of the city. 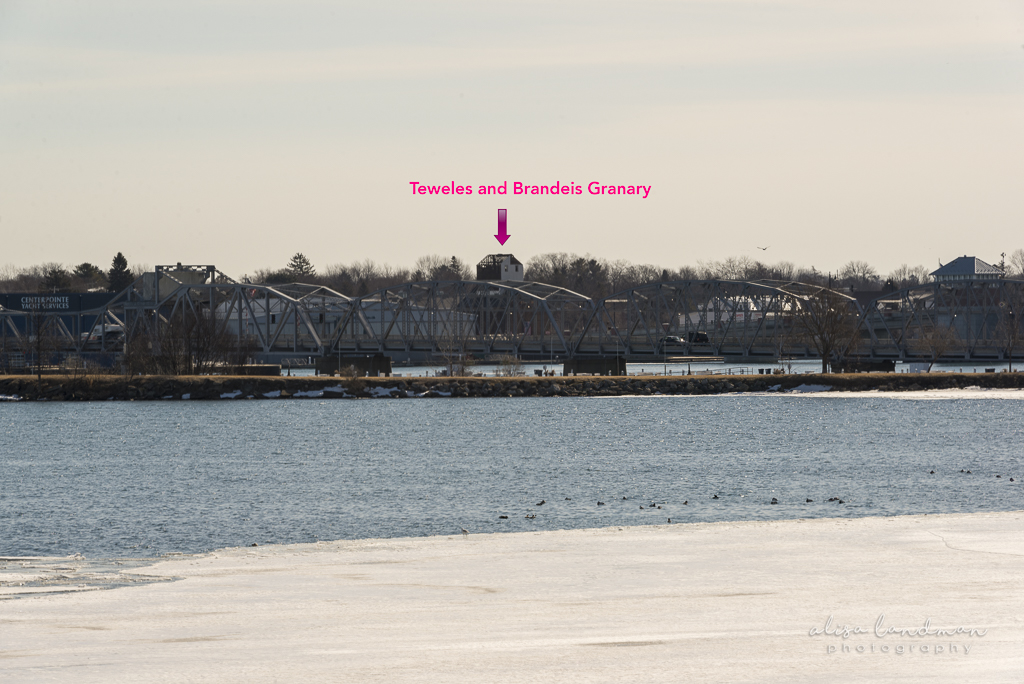 When its renovation is complete, the Granary will stand taller by 20-30 feet, restoring it to its original stature of  85 feet.

Guests at the Lily Pad will be able to see the historic grain elevator dominating the Sturgeon Bay skyline graced by the famous Michigan Street Steel Bridge in the foreground – another historic city artifact originally slated for demolition, and saved by some of the same Sturgeon Bay Historical Society (SBHS) members who fought to preserve the granary. The SBHS hopes to have it restored and open to the public in 2019.

By unanimous vote, the Wisconsin Historic Preservation Review Board approved the granary for inclusion on the State Registry of Historic Places. In February 2018, the Teweles and Brandeis Granary was placed on the National Register of Historic Places. 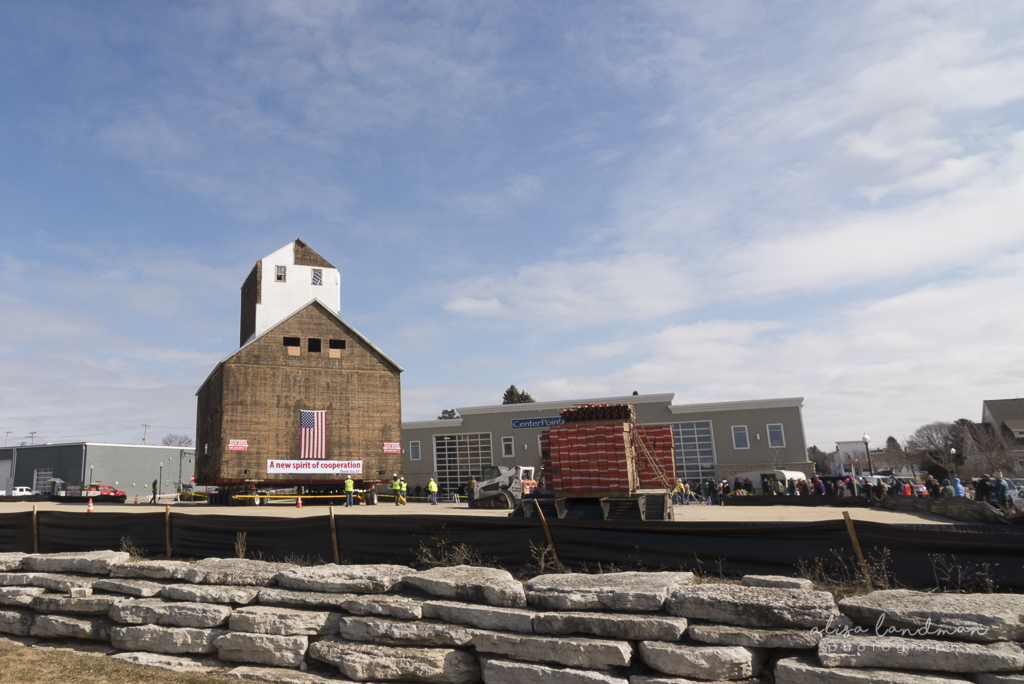 Just a few more feet, and the Granary has arrived!

“The grain elevator, which was built in 1901, is a treasure,” says County Historian George Evenson. “It’s the last surviving structure that tells the story of our agricultural past.”

“It was Tracy Teweles and her 91-year-old mother Nicole’s relatives that built the Teweles and Brandeis grain elevator over a century ago, after the Teweles Seed Company expanded into the area on their way to becoming the second largest forage seed company at the time. The Brandeis family was also well-known, boasting a department store founder, a movie producer, and even a U.S. Supreme Court Justice. Both families first came to America to escape religious persecution,” says reporter Tim Kowols.

View from the Sturgeon Bay Yacht Club before making a final turn to the Granary’s new home on First Street.

You can listen to his complete Door County Daily News interview with the Teweles family, see historical photos, and read old interviews online at their website. 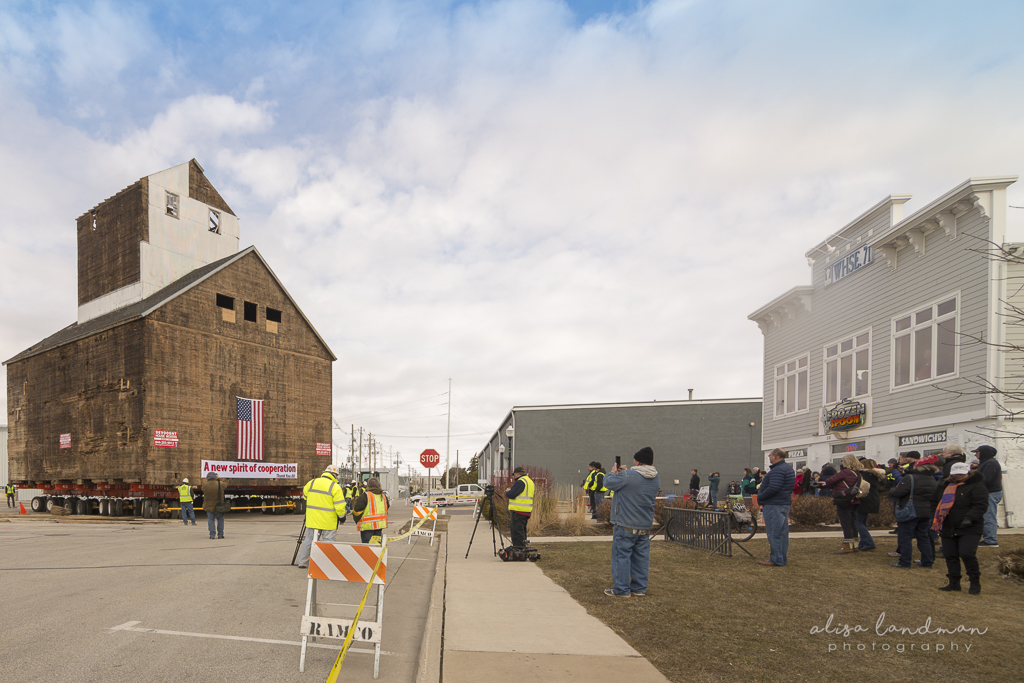 The Frozen Spoon has a new scenic attraction.

Here’s where to find the Teweles and Brandeis Historic Granary… 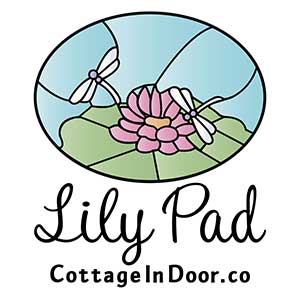 Sign up for Door County Notes from the Lily Pad!Get occasional news from Lily Pad Cottage in your inbox. 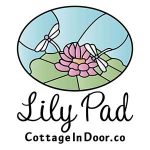 As an avid photographer and artist as well as a Door County Foodie, I love to share my latest discoveries with fans of the Lily Pad Cottage. I will never ever share your email address with anybody and you can easily unsubscribe.